We interviewed Paul Hofman on the 13th of January 2022. Due to Covid-19 restrictions, the interview was conducted over Zoom, but thankfully we managed to visit him at TU Eindhoven the following month. In the interview, Paul talked about moving from the IT sector to working at research libraries, and how he views the open science transition in the library sector. Now, over to Paul: 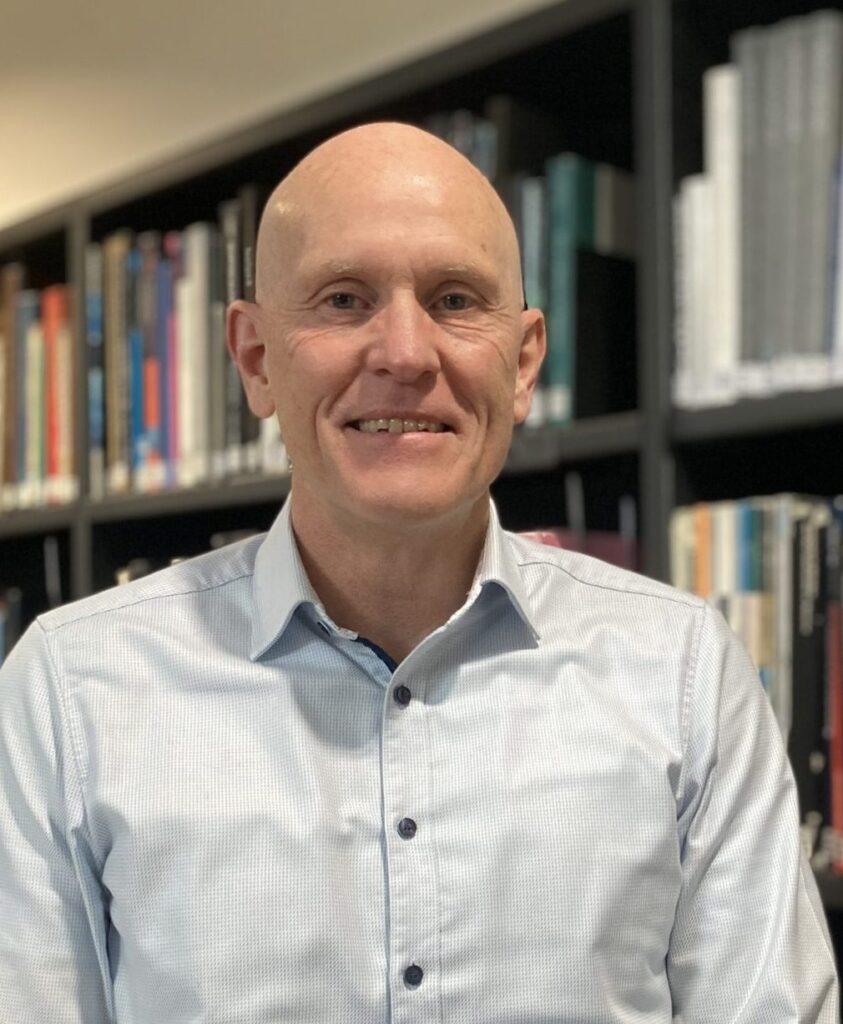 My name is Paul Hofman. At the Eindhoven University of Technology, I am responsible for all library activities. That includes traditional library work like collection management, but as many research libraries do nowadays, we have all kinds of research and educational support services in place, and that is also within the context of my work.

I have an educational background in electrical and software engineering. So, I’m a techie to start with and I’ve worked in the industry for a long time. At the beginning of my career, I worked in product development for quite some years and in different roles. Then, I transferred to business IT Information Management and worked in several managerial roles.

Somewhere in your career, you start thinking about where you started out and where you want to go next. Around 2014, I found that it was time for a change. I live in Eindhoven, and I saw a vacancy that I was interested in at the university library. I wasn’t so sure what they were doing at this library and whether that would be interesting for me, but the advertisement looked appealing. I went there, had a discussion with the former director, and soon it turned out that what they needed was along the lines of the competencies and experience I had, which I didn’t really expect. So, I took a deep dive and started to work for the library, which I was completely unfamiliar with. I think universities are a very inspiring environment. So are academic libraries, which are very different from the average public library which you see in your town. I must say I have never regretted the decision of working at a research library.

Ways of working — now and in the future

I have regular meetings with the teams in my department, in which we align our priorities and the topics we are working on. Part of that is creating plans and strategies, and in the rest of the year, it is trying to implement these plans and having discussions of what to do and how. There are many new developments; it won’t surprise you that open science is a large part of our agenda nowadays. You can’t do open science just within the four walls of your university; it is always national and international. This thinking makes us work in a different way, so I spend a lot of time on how we can organise open science and what could be the next steps for our university. Currently, I also fulfil the role of Chief Open Science — a liaison role that we have together with other universities in the Netherlands to connect what’s happening on a national level with what we are doing within the university.

When I started working at the library in 2014, I noticed that a lot of people were worried about the changes taking place and what this would mean for our jobs. While I don’t worry so much about the lack of work, you do see that the world is changing. I think these changes shouldn’t be perceived as a threat. If you’re building bicycles today, you need to build cars tomorrow. In libraries, we had the analogue era, and then we went digital. Back then, people already had to change. Now we see that open science is a large topic that will require all kinds of changes. A lot of the things we do is not just about executing daily work, but also thinking ahead. That means that you have to make an analysis, create proposals, discuss these proposals with a lot of different stakeholders, ranging from the executive board to departmental directors, to policy advisors, to the people who do the actual research. That requires different skills, and these are not the skills you automatically think of when you think of working at a library, at least certainly not ten years ago. So, there are things changing because the topics are changing, and the way these topics are addressed is changing. It is challenging because there are a lot of questions that we can’t ask today yet, but we perceive them as a problem for tomorrow.

I think the challenge create part of the joy, and it is our job to think about solutions, find ways to do it, and get people enthusiastic if they’re not automatically.

Focus areas today and beyond

This is a new way of performing science and there is no complete blueprint; we really have to find our own way to do it. That partially means that we have to find the right definitions of where we want to go, which needs to be done in close collaboration with academics. So, the work, the enthusiasm, and everything else need to be shared on both sides — support staff and academic partners. The other thing is scale. It is very nice that in the Netherlands we have a national programme that covers development, and the country leads in the field within some areas. But on an international scale, flipping a system takes quite something else. It is important that the initiatives that we do for open science are universal and inclusive. It is also important that we spend time reaching out to other countries and cultures, and not isolate these ideas within Western Europe and maybe America. It needs to become bigger and workable – I think we can see that with Plan S, for example.

Open science is also a cultural change. We started off by looking at peer-reviewed articles in journals that needed to be open access, but of course, there is much more to it than that. As we progress, we see that the topic is becoming bigger and broader. We realised that open science is not just about articles being made open, but also the way we approach and interact with society. Citizen science and education are eventually impacted by open science because a cultural change starts at the start – which is with education. In education, you’re not often busy with producing articles, but with understanding where you’ve come from as an academic community, how research has evolved since the early years, why certain artefacts are there today and how they came to be, and what then open science is trying to change. Some historic conceptual knowledge on this will help you while you’re trying to go from point A to B. These changes don’t come overnight, and maybe they shouldn’t. I think this is something that will keep us busy for at least another 10 years.

Life outside of work

I’m a family man: I’m married, and I have a son. We like to do sports together; I also bike and windsurf. My son and I decided we want to buy a foil board — it is like a surfboard that pops on the water with a sail, and foil boards are these things that have a wing underneath them and they come out of the water. Just look it up on YouTube and you’ll see! We are taken with sports and we like getting into new things.

In my free time, I’m also into reading. I can really recommend these books: The first one is by a Dutch author; it is called Humankind: A Hopeful History by Rutger Bregman. His thesis is that despite what you hear in the news, there is a reason for it and most people are actually ‘okay’. The other two books are written by Paulo Cognetti, an Italian writer. One is The Eight Mountains, and the other is The Happiness of the Wolf. I bought one of them at the airport when we were going on a holiday and I thought “let’s try this”. I think these are great books.