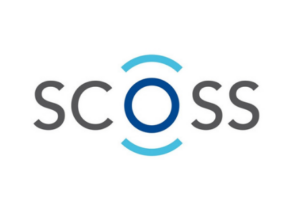 In an effort to strengthen and secure the network of non-commercial services that underpin the burgeoning field of Open Science, a newly-formed coalition of international organisations is spearheading an unconventional appeal.

The Global Sustainability Coalition for Open Science Services (SCOSS), which formed just over a year ago, is making its first funding appeal to the global academic and research communities. The appeal is a request to support two widely used services: the Directory of Open Access Journals and SHERPA RoMEO.

The former is an online index of open access journals while the latter is an online resource providing analyses of publisher open access policies, along with summaries of self-archiving permissions and conditions of authors rights on a journal-by-journal basis.

To assess each candidate, SCOSS reviewed the data they provided regarding their technical competence, costs, details of governance, and future plans. Each made a strong case for the value of their service to various scholarly communications communities; and neither currently has long-term funding ensuring their viability. The aim is to gain three-year funding commitments from a voluntary network of institutions — the core user-base of the services.

While DOAJ and SHERPA RoMEO represent the first services to be presented for community funding, SCOSS plans to accept applications from qualified services twice a year. The next call for applications will be held in early 2018.

The groundwork for SCOSS was laid by Knowledge Exchange, which presented many of the foundational ideas for the coalition in its 2016 report Putting Down Roots, Securing the Future of Open Access Policies.

“Our ultimate goal is to help secure an infrastructure of freely available Open Access and Science services subsidised by a community of policymakers and stakeholders,” said Vanessa Proudman, Director of SPARC Europe, a member of the SCOSS coalition.

“This is one means to help ensure their independence and future.”

For more information about SCOSS and its funding appeals, see www.scoss.org.