Click here to go back to the Campaign Homepage.

Here we present the cases in Europe where there is national legislation that promotes, either by permit or by obligation, Open Access.

The document below should be regarded as an instrument for the introduction of our draft law. Note that the below document presents only national/public initiatives, while other private funders’ policies are not within its scope.

Download the document on National Legislation here: National legislation for the promotion of Open Access in EU countries. 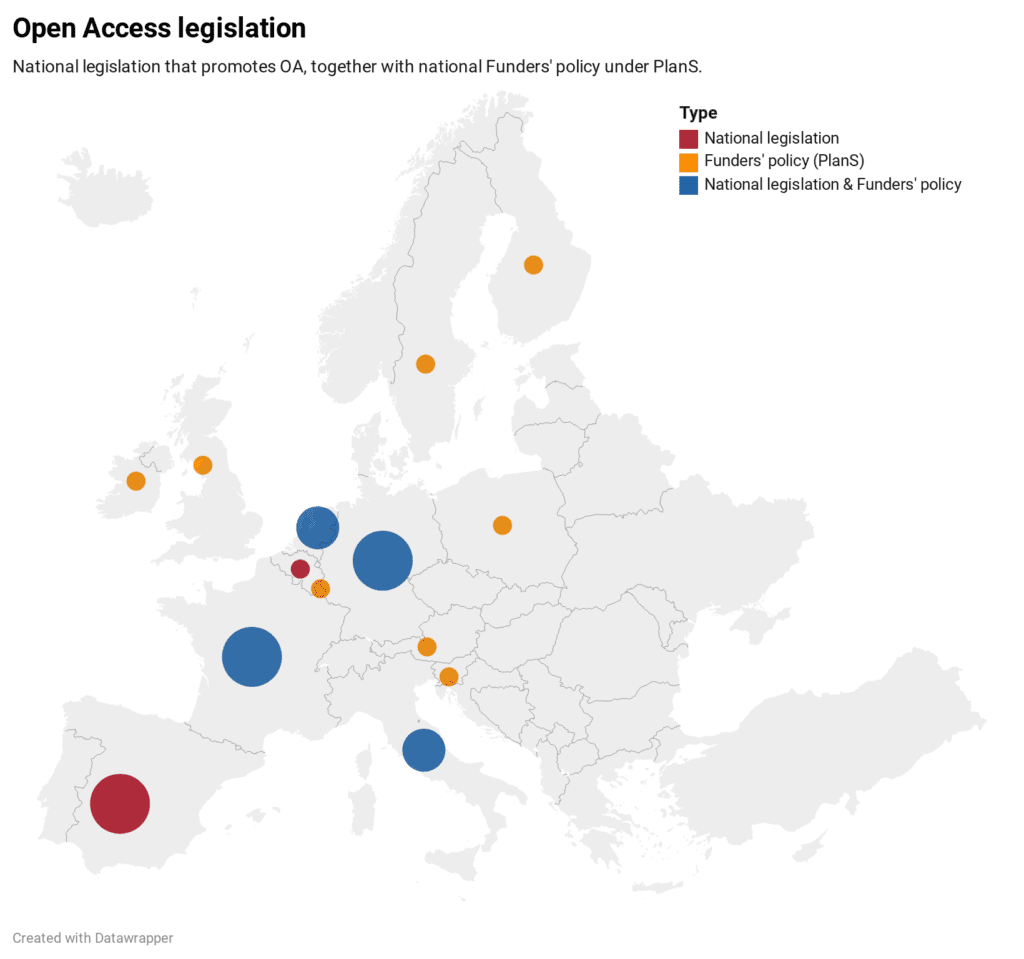 Below (and in the abovementioned document), you’ll find specific information about current copyright legislation within specific European countries. We’ve also included information about Europe as a whole and recommendations from the European Commission on this topic.

Go back to the Campaign Homepage