Since there is strong interest in the topic of research data, we’re using this blog post to share Carol’s answers to many of the questions posed by participants. Slides from the webinar are available here, and we’ll run the webinar a second time, on 17 January at 1400 CET. Register here.

How are libraries responding to technical needs? 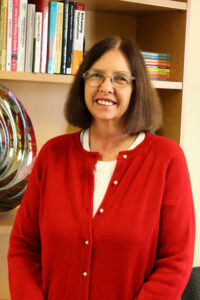 The survey didn’t gather information on that at a deep level. We just asked which types of services they were offering or planning to offer. But I do find that the idea of every library developing  a data repository from scratch is probably not practical. I say that because of experience at a university where, four years ago, they planned to have a data repository up and running and it isn’t yet. It has had an institutional repository for many years where there is metadata and documents, but a data repository, especially when looking at the sizes of some of the datasets, is a whole other order of magnitude. What this university does instead is refer people to appropriate subject repositories and try to capture their metadata. That’s one way of getting around the issue. In Finland, the decision was made to have a nationwide shared repository.

The survey data doesn’t capture replies from all countries. Why is that?

In some countries we had a 100% response rate and in other countries we had no response. LIBER distributed the survey to directors of all of their member libraries and sent a reminder, so every library  got it but there may be a couple reasons why people didn’t answer. One reason is that it was only in English. If people didn’t feel comfortable answering technical questions in English, they may not have responded. The other reason is that, with any survey, people who are more involved in the topic are more likely to answer. Because of this, you might conclude that the survey over-reports involvement in RDS because if you’re not doing anything you may be less likely to answer the survey. Even though we didn’t have responses from all countries, we did have a fairly representative response by geographic regions.

What about training programmes for research data, and other sources of information on this topic?

We have the LIBER Working Group, and the LIBER conference coming up in Greece. There’s a training course from FOSTER, and a MOOC being run by the University of North Carolina and the University of Edinburgh. There are the DataONE Modules. The Research Data Alliance offers workshops every year, and its next Plenary Meeting will be held in Barcelona in April. Also in Spain, there’s a LEARN Research Data Management Workshop in January.

Is it worth repeating the survey?

I’ve been repeating readership surveys for 40 years so I always say ‘yes’! It’s the only way you can see trends and changes. By repeating the North American survey on the same topic, we discovered the clear message that RDS are more difficult than first thought. Libraries still want to offer Research Data Services but it didn’t happen as quickly as they thought, so this leads to the logical recommendation that we should join together and not try to do this all on our own. Those kinds of insights come when you repeat things over time, every couple of years.

You mentioned that about a third of libraries are working directly with researchers. Why is this so low, and how can we bridge the gap?

To me, if you look at the value of libraries in the future and if your administration is going to look at how does a library contribute to the mission, libraries have to be directly involved with researchers. On the other hand, it’s very labour intensive. This is a manpower issue. To be directly involved with researchers, you need people directly assigned to work on research projects. If you do traditional kinds of instruction (eg. web guides), you have one librarian doing something for hundreds or thousands of students. Working directly with researchers, on the other hand, may be a one-on-one kind of relationship. So it requires a rethinking and it’s a practical issue. Do we have enough hours in the day? The libraries that are doing it have made a commitment. For them, it keeps them visible, it keeps them important and it means that they’re actively involved in all parts of the research enterprise, from beginning to end. They have reassigned, for example, their subject staff. They do less selection and cataloguing, and more research participation and metadata creation.

How far away are we from a Professional framework for RDS, defining roles and levels of proficiency?

I don’t know how far away we are but if we look at the information science schools that have developed programmes, they’re working on professional frameworks and those students are just beginning to graduate. That takes a while to filter down into the workplace. From our perspective, the workplace and education place need to be meshed together. That’s how you develop this professional framework, by putting the two things together.

Have further questions about the RDS survey? Let us know in the comments!